Spanish Conquistadors Tossed Platinum Aside When Searching for Silver in Colombia

Since the late 1800s, platinum has maintained its stature as the ultimate precious metal due to its rarity, beauty, strength and durability. But it’s amazing to imagine that a precious metal that is prominently featured in the world’s finest jewelry was once belittled and cast aside by the Spanish conquistadors who encountered the material while mining for silver in Rio Pinto, Colombia. In the 1500s, they named the curious metal “platina” or “little silver.” In one version of the story, the conquistadors threw the platinum nuggets back into the river hoping they would ripen into silver. 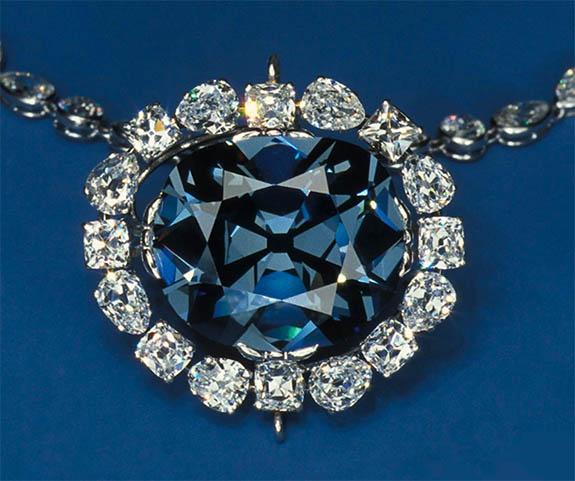 Today, silver is priced at about $25 per ounce, or 2% of the value of platinum.

Throughout history, platinum has been a curiosity. Julius Caesar Scaliger wrote in 1557 that it was a metal which “no fire nor any Spanish artifice has yet been able to liquefy.” In 1748, Spanish scientist Antonio de Ulloa published a scholarly paper that concluded that platinum was unworkable and unmeltable.

It wasn’t until the invention of the oxyhydrogen torch in the mid 1800s that jewelers could finally achieve a temperature of 3190 F or 1755 C to melt and work with the noble metal.

By the late 19th century, French jeweler Louis Cartier had catapulted platinum into worldwide prominence by incorporating the precious metal into the designs of his finely crafted, regal creations.

Platinum was loved by a cavalcade of kings and queens. Before long, the most valuable and famous gemstones in the world — including the 45.52-carat Hope Diamond (seen above)— would be set in platinum.

Here are bunch of other fun facts about platinum…

• About 80% of the world’s platinum is mined in South Africa. The rest is sourced in Russia, as well as North and South America. Platinum is typically the byproduct of mining for other metals, such as copper or nickel. 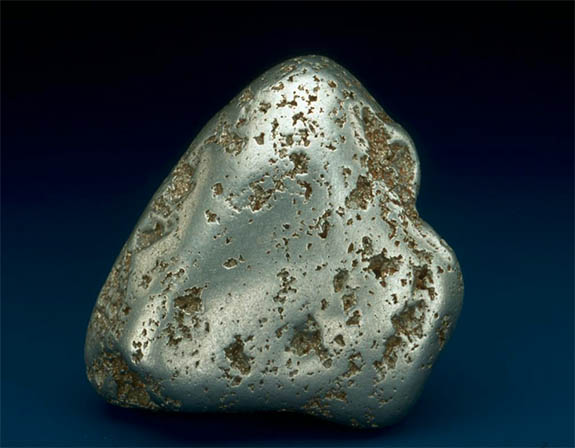 • Platinum typically occurs as small grains and crystals in certain layered igneous rocks. The extraordinarily rare platinum nugget, above, weighs 444.4 grams (just under 1 pound) and is so special that it’s on permanent exhibit at the Smithsonian’s National Museum of Natural History in Washington, DC.

• 30% of the world’s platinum is used for fine jewelry. Half is used for industrial applications, such as catalytic converters, which are the devices on automobiles that filter harmful engine emissions.

• About half of all cancer patients receive treatments that include platinum, according to an article published in the technical journal, Chemical Reviews.

• Platinum is a true white metal. White gold, by comparison, is actually yellow gold that has been mixed with other white metals and then plated with rhodium to give a bright white appearance. That plating does wear off over time and requires re-plating.

• Platinum is hypoallergenic and an excellent choice for people with sensitive skin or allergies to other metals.

• Platinum is 60% heavier than 14-karat gold. It’s a difference you can actually feel.

• Platinum is strong and durable, a great choice for jewelry that will be worn every day. Platinum does an excellent job holding gemstones firmly and securely.