Emblazoned With 650 Diamonds, Raptors’ NBA Championship Rings Are the Largest Ever

The Toronto Raptors celebrated their first-ever NBA championship Tuesday night with gigantic 14-karat yellow gold rings emblazoned with 650 diamonds weighing 14 carats. The number of diamonds and the total carat weight are records for a championship ring in any sport. 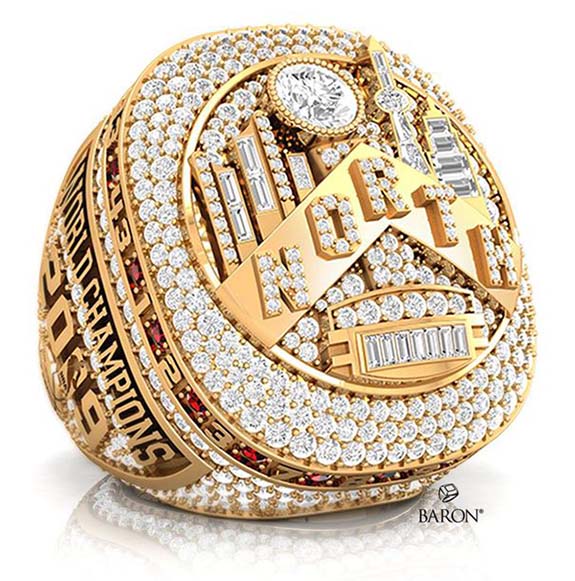 The ring also set a new record for the largest single diamond in any professional championship ring. A 1.25-carat round diamond replaces the basketball in the ring’s representation of the Larry O’Brien trophy.

Representing his teammates, eight-year Raptors veteran Kyle Lowry worked with the designers at Windsor, Ont.-based Baron Championship Rings to create a special piece that would reflect the awesome accomplishments of a team that brought the Larry O’Brien trophy north of the border for the first time in NBA history.

“This isn’t just a ring for the Raptors. It’s a ring for the city of Toronto and the country of Canada,” Lowry said. “The details in the ring reflect things that are important to us and are symbolic of our championship season. I think it’s one of the best rings in the history of the NBA.”

The face of the ring is made up of 74 diamonds, representing the number of wins during the 2018-19 season. The large, bezel-set diamond in the trophy commemorates the team’s first NBA Championship. Custom-cut baguette diamonds accentuate the iconic Toronto skyline, which includes the CN Tower and Scotiabank Arena.

The six round diamonds set above the arena represent “The Six,” which rapper Drake popularized as a nickname for the city of Toronto. The modern city of Toronto was formed by the amalgamation of six municipalities.

Adding to the design is the team’s NORTH chevron jersey logo, with each letter rendered in diamonds against polished yellow gold.

Encircling the outer edge of the ring is a row of 16 genuine natural rubies along with the jersey numbers of the team roster. The rubies and numbers are situated below a graceful cascade of diamonds. 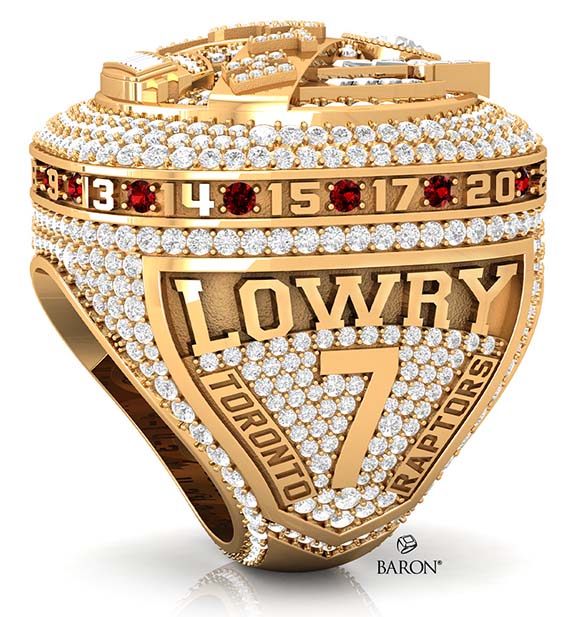 One side of the ring displays each player’s name and jersey number, while “WORLD CHAMPIONS,” the NBA logo, and the Raptors logo complete the look on the opposite side. 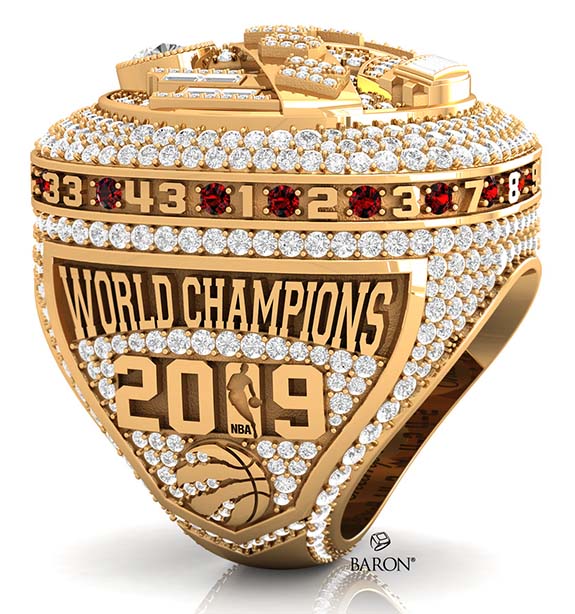 The inside of the ring features personalized messages unique to each player, a ruby set inside a Maple Leaf, and the championship series scores. 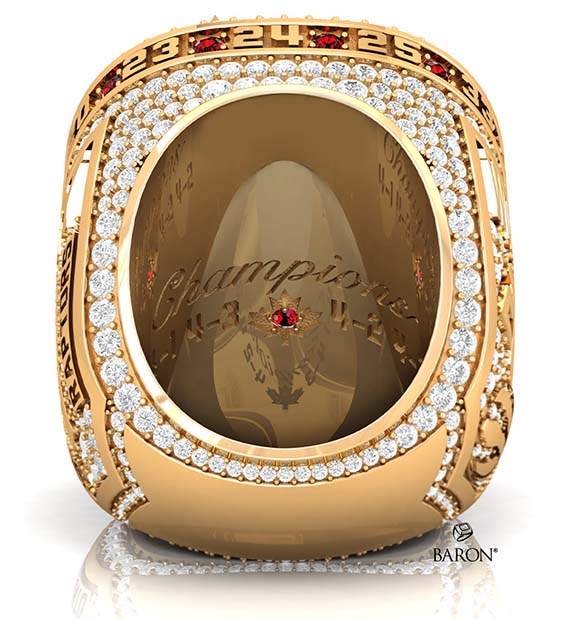 “The Raptors’ first NBA championship is a moment that basketball fans across the country, and the franchise itself, waited 24 years for and we are incredibly proud to mark the occasion for the players, coaches and staff who made it possible with this stunning championship ring,” said Larry Tanenbaum, Chairman of Maple Leaf Sports & Entertainment. “This championship made history and will be treasured forever as will this ring commemorating the achievement.”

All the gold and diamonds used to create the Raptors’ 2019 World Championship Rings were sourced from Canada.

As an added bonus, each fan attending the game on opening night — about 20,000 in all — received a replica of the championship ring.